Ballet by A. Adam 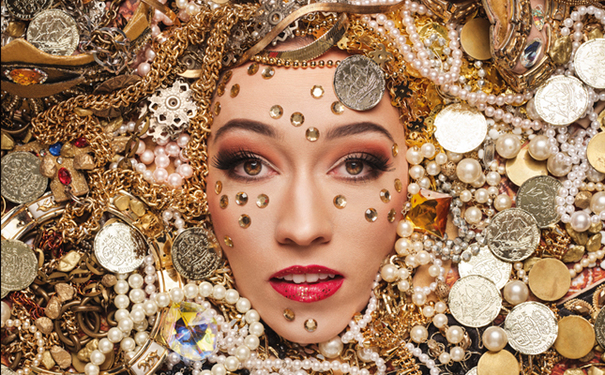 Ballet in three acts
Music by Adolphe Adam, Cesare Pugni, Léo Delibes, Riccardo Drigo
Libretto by Jules-Henri Vernoy de Saint-Georges and Joseph Mazilier based on a poem “The Corsair” by Lord Byron
World premiere on January 23, 1856 in Opéra de Paris
Premiere of the current version on March 1, 2020 in Rome Opera House
Premiere in the Estonian National Opera on December 2, 2022
Approx. running tine 2 h 5 min, one intermission
Choreographer and Stage Director: José Carlos Martinez (Spain)
Music Director and Conductor: Lauri Sirp
Conductors: Kaspar Mänd, Jaan Ots
Assistant to the Director: Agnes Letestu
Designer: Iňaki Cobos (Spain)
Lighting Designer: Rasmus Rembel
Projection Designer: Taavi Varm
Stage Manager: Anton Osul
Despite having written approximately 40 operas and several other stageworks, the ballets “Giselle” (1841) and “The Corsair” (1856) as well as the marvellous Christmas carol “O Holy Night” (1843) remain his best known works. Adam’s last oeuvre “The Corsair” is loosely based on the 1814 poem “The Corsair” by Lord Byron. This classic ballet narrates the story of the passionate pirate Conrad who falls in love with the beautiful Medora. When Conrad and his pirates abduct Medora from a slave market to their secret grotto, the adventure is just about to begin...
Choreographer José Carlos Martinez: “For me it was a ballet that I never danced myself and it was interesting to try to do something that would be respectful of the tradition, not a new version of a classical ballet. I wanted to give “The Corsair” something unique from me, and at the same time preserve the lush and beauty of all these famous moments, like the magic garden or the big pas de deux, the pas d’esclaves. So, I thought it was reasonable to make a purified version of the ballet, composed of a fairy tale quality similar to “Giselle” or “The Nutcracker” and simplify the dramaturgy of an otherwise complicated plot and bring to the foreground the main characters of Medora and Conrad. Therefore, what the audience will be able to see, is a story of love between the two main protagonists and the adventures of their well-known companions. I found the inspiration for the story in Lord Byron’s poem, as well as in the original score by Adolphe Adam, which I also changed where necessary. I put all these iconic parts in the centre of the ballet and round them I built my story”.
“The Corsair” by the outstanding Spanish dancer and choreographer José Carlos Martinez is a real treat for everybody, especially as it is the first time that “The Corsair” enters the repertoire of the Estonian National Ballet.
* Discounts are personal. When attending the performance, we kindly ask you to take a valid ISIC/ITIC card with you that entitles you to discounts on ticket prices.